Rimi was a little girl, residing in the city of Goa, who loved going to school.

One day, her class teacher announced,” 19th December is celebrated as Goa’s Liberation Day, each year. All the students should come prepared tomorrow, on the topic of independence of our beloved city!”

While going back home, Rimi pondered about the word “independence, why is it so integral, why does it need to be celebrated?”

She hurried home, as soon as she reached, throwing her bag in a corner, she went straight to her Grandpa’s room.

Grandpa woke up, putting his spectacles on, telling the story again, for a thousandth time, but this time, it wasn’t his children, but his grandchild,

“My dear Rimi, let me tell you the story! Goa was colonized by the Portuguese in the year 1510 and they ruled Goans for more than 450 years till 1961. Under their rule, the residents of Goa were refused their basic rights – the right to speech, assembly, and press were taken away.

Dr. Ram Manohar Lohia, was an activist, and a nationalist political leader was the one who played a crucial role in India’s independence, appeared in Goa on June 10, 1946, to recover from his ill-health. While he was there, he felt moved by the hardships of Goans about their inability to exercise the basic civil liberties.

He decided to initiate the first civil disobedience movement of Goa to oppose the ban on public meetings. The movement was launched on June 18, 1946, in Margao.

Later, Tristão de Bragança Cunha, popularly known as the “Father of Goan nationalism” organized the first movement to end Portuguese regulation in Goa. Not only this, he published a newspaper called “Free Goa” as well.

On the injunctions of Prime Minister Jawaharlal Nehru, the military seized Goa on December 17, 1961. The battle lingered two days and twenty-two Indians and thirty Portuguese lost their lives during this fight.

Three days later after the operations began, on December 19, 1961, Goa finally became a part of India. The day is henceforth, celebrated as liberation day in Goa.”

Rimi was elated with this great historic achievement, “Yeah, we got the independence! Huraaaayyy!”

Grandpa interrupted her, “Yes, just as you are rejoicing the state of Goa too celebrates this independence. The day is commemorated with an abundance of celebrations in Goa. Thereafter, reverence and homage are paid to the martyrs. Moreover, several artistic programs are also administered to honor the occasion and celebrate the culture.”

Rimi was filled with a sense of respect towards all the bravehearts who fought to achieve this liberation, keeping their lives at stake and was all determined to narrate this great endeavour in front of her whole class the next day! 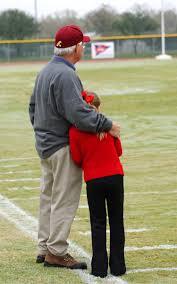