We All Acknowledge the Importance of Listening in Coaching

We all want great experiences and one of these is having strong social connections, including with our clients. And conversations that edify, uplift and sooth unnecessary emotional and social pain. (To the human brain, such pain – through the breaking of a bond, or a rejection, or any negative workplace stress, is as real as any physical pain).

In every office you hear the threads
of love and joy and fear and guilt,
the cries for celebration and reassurance,
and somehow you know that connecting those threads
is what you’re supposed to do
and business takes care of itself (Autry, J. 1994)

Properly listening to these story and crucial conversation – where psychological safety, inclusion and belonging, heart-led internal and external service is called for – is an imperative.

Without mindful, tuned-in listening, we fail to gather needed information, knowledge and wisdom, we fail to detect the timely warnings, deny the therapy of well-earned encouragement, miss the feelings and intent of the other, and don’t convey that we respect and care for them, their opinions, situations and reactions.
‘Simply’ listening, letting the other be, feel heard and feel felt, is powerful medicine. But good listeners are a rare, perhaps dying, breed

On many workshops that I’ve conducted, many participants fail their listening exercises dismally (memory, comprehension of intent, facts and feelings; empathy; being comfortable with silences and pauses; and relating behaviours). Deliberate, attentive listening based on Nancy Kline principles, which means: no interruption at any time, conveying of respect and appreciation for the other, refraining from guiding them to a solution (and effectively undermining their ability to think and resolve things for themselves). (Kline, N. 1999) “When people talk, listen completely. Most people never listen” – Author Ernest Hemingway.

Perhaps this current age of electronic interactions and social isolation will see further decline of skillful listening. It seems that our attention-spans and retention-spans are reducing. Sometimes there are other contributory factors within us. Under the pressures of required outcomes, time and deadlines, and an overwhelm of messages, we overlook listening opportunities – online and offline. Even coaches fall prey!  Under pressure we may lapse into pretend listening, selective listening, glassy-eyed (bored) listening, red flag listening (where a word or phrase will push a button, trigger an emotion in ourselves and skew our understanding and interpretation), or opportunistic listening (waiting for the right moment to jump in and make a literally  ‘telling’ point. St Francis of Assisi wisely counselled about seeking to understand before seeking to be understood).

Sometimes, if we are too intent on listening for content, intent, personality type, learning style, conflict responses, strengths, thinking preferences, intelligences, facts – we may hear only that part of what is being said that we are on the lookout to hear. These listening filters can become an occupational hazard for coaches. A focus on being too cerebral, too analytical, then becomes our enemy. Too much of what we really need to hear is filtered out by our own intellect and our need to ‘get it right’.

As a Lifeline emergency-response telephone counsellor I learned that listening carefully and attentively aids us in (at the right time and in the right way) asking those questions that will help the client to  become more aware. So they gain insight into their own thinking and feelings, blind spots, self-defeating attitudes and the limiting beliefs that hold them back or put them into crisis mode.

(Their unconscious, patterned thinking – entrenched through experiences and situations – tends to pop out during conversation – and is easy to pick up and hold up for exploration:

Yet we need to be aware that adopting this (advisory) role can subtly change the dynamic between speaker and listener. The listener has assumed a parent role. (Berne, E. 1964) It’s possible that our assumption of this role can act as a mask, which allows us to avoid equal sharing and hide an unwillingness to show vulnerability, shift us from listening to ‘fixing’ mode.

And at a more subtle level we may be largely unaware of those unconscious biases that distort what we hear (or think we hear), and we are not mindful enough or skilled enough to recognise our own hidden fears, filters, agendas and needs. And if we’re not aware of these blockages to hearing, then rest assured, the other person is aware at some level!

Part of being an attentive listener is to be continuously aware of listening lapses and our own listening strengths and ‘deficits’, and judge these accurately (with the help of appropriate and accurate feedback where possible).

So, what is good listening?

Studdert Kennedy was an army chaplain and poet who bucked the incompetent bureaucracy that resulted in so many First World War casualties and so many wasted lives. He refused to give safe, cosy, sermons behind the lines, and chose instead to spend his time with the soldiers in horrific conditions in the trenches. Not preaching, but just being with them; coming alongside them in their time of need.

He’d often hand out a Woodbine cigarette and became widely known as Woodbine.  Years later when he died, his simple funeral was attended by hundreds of thousands of people. A single packet of Woodbines was placed on top of his coffin.

(Sharing a cigarette is a gesture that would not be quite as acceptable today perhaps, but in that context was right).

He ignoring the restrictive, dehumanising establishment rules in order to showing love, be true to his values. The precious gift that he gave was that of being present for the other person and listening with unconditional, positive regard in their time of confusion, fear, and existential loneliness. After the war, Kennedy gave away all his possessions and earnings, while campaigning for the eradication of poverty via the changing of people’s values and how they saw others. (Target, G. 1987) As coaches we can strive to emulate Woodbine Willy’s coming alongside others, being present for them. and listening in line with the Chinese character for listening:

Being empathic, humble and vulnerable, and listening with our whole being.

On the question of not only doing but being: a great deal of what we hear takes place at the unconscious level: When listening to a story, not only are the language processing parts of our brain activated, but also those parts that we use when experiencing the events related in the story. The sensory cortex is aroused when a metaphor is heard.

The brains of storyteller and listener (coach and client) can become ‘synchronized’ during the story as ‘mirror’ neurons play their part in building rapport and empathy.

How do we become better listeners?

You will find tomes of advice out there. Lots of ‘how to’ improve your listening skills, steps to active and effective listening, overcoming blockages to attentive listening, accessing verbal and non-verbal cues, and so on.

However, for me, the times when something mysterious and extraordinary takes place during coaching is when:

Both wisdom and compassion are present

To fly as a coach, the two wings of wisdom and compassion are both needed. A coming alongside the client with sensitivity, an unconditional, positive regard, non-judgement, as well as curiosity and wonder. I try to remember that I am listening to only one story at a time. Every person consists of many facets, many stories. It has been said that we are born a blank page and die a library! There are no single-story people. And every story invites us into a different place in the World of the other.

Ultimately it comes right down to deep respect for and appreciation of the other person, letting the heart hear. Rumi talked of ‘listening with the ear in the chest’.

“Research in the new discipline of neurocardiology shows that we have a “heart brain” with a vast array of neurons that are processing sensory information on their own and communicating that information to our brain, nervous system and other organ systems. This means the heart is able to learn, remember, and make decisions independent of the brain”. (Tafler, A. 2019)

I recall a friend who, when I checked out if I had told her a particular story before, responded, “Maybe, but tell me again. I might hear something I didn’t hear before”.

Our listening takes place within the field of interbeing

Listening assumes new meaning and enters a different dimension when we are in a state of consciousness characterised by:

“Humankind has not woven the web of life. We are but one thread within it. Whatever we do to the web we do to ourselves. All things are bound together. All things connect”.

“Bees and ants, for example, are unable to survive in isolation, but in great numbers they act almost like the cells of a complex organism with a collective intelligence”. Her clarity when describing the noosphere – “a level of shared consciousness that transcends boundaries of religion, culture and ethnicity” – is breath-taking. (Delio, I. 2013)

Inner healing allows us to truly connect with our clients

The words of Buddhist monk Thich Nhat Hanh, nominated for the Nobel Peace Prize by Martin Luther King for putting his life in extreme danger in order to bring peace between Northern and Southern Vietnam, carry a message for coaches:

“Listening is an art, and many people do not have the capacity for it, especially in the case of listening to the suffering of others. One reason for that is that in the listeners themselves, there is also much pain. The store consciousness is filled with pain and grief, and that is why it is so difficult for such people to listen to others.  In order to be able to listen, we need to learn how to transform the suffering in ourselves.

If psychotherapists, doctors, and healers of any kind, are too busy, if they don’t take the time to re-create themselves, they will not be in a position to help anyone. They will be burned up very quickly”. (Thich Nhat Hanh. 2014)

And let “The branches of your intelligence grow new leaves in the wind of listening”. (Rumi)

Autry, James (1994) The Heart Aroused, Poetry and the Preservation of Soul in Corporate America, Doubleday, quoting “Threads” by David Whyte.

Capra, Fritjof (1999) The Tao of Physics: an exploration of the parallels between modern physics and Eastern mysticism Shambhala Publications, Massachusetts

Delio, Ilia (2013) The Unbearable Wholeness of Being: God, evolution and the power of love Orbis Books

Tillich, Paul (2000) The Courage to Be, Yale University Press, New Haven
Wilbur, Ken (1982) The Holographic Paradigm and Other Paradoxes Shambhala 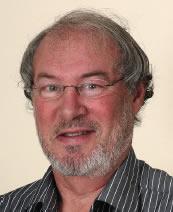 Graham Williams is an executive coach and management consultant who lives in Cape Town, South Africa. He has worked in over 40 countries in a variety of sectors, authored 9 business books and is a Management Contributor for 12Manage, the world’s #1 management network.

Graham uses narrative, anecdote, metaphor, archetypes, poetry, imagery and conversations in his work. He is passionate about facilitating healing and wholeness in organisations and their members. And is often asked to conduct workshops for coaches on competency development and application areas suitable for the effective use of story, and the powerful possibilities inherent in story.

In this six-part series Graham shares his insights into a number of the key skills required by modern-day coaches.

He may be contacted at [email protected]